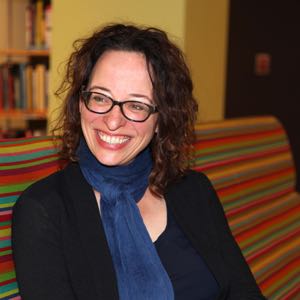 Sara Catania is chief storyteller for GroundSource, a community listening platform connecting newsrooms directly with people and their stories via mobile messaging and voice. She’s also completing a memoir about growing up in Bronzeville on Chicago’s South Side. Sara created JTrust, a pop-up newsletter on trust and journalism and helped curate the Better News initiative for the American Press Institute. Previous roles include vp of digital news at NBC4 in Los Angeles, West Coast editor in charge at Reuters, editorial director of Zócalo Public Square and regional editor at AOL/Patch.com. She’s been a Mother Jones contributor, an LA Weekly staff writer and a reporter at the Los Angeles Times, where she contributed to the Pulitzer Prize-winning coverage of the Northridge Earthquake. She served for six years as an adjunct journalism professor at the University of Southern California’s Annenberg School for Communication & Journalism and was a JSK Fellow in 2003-2004.